The Shelton Historical Society is located along Highway 30 in the Shelton business district. Originally built by George Meisner in 1901 as a bank, the facility has served over the years as a bank, tavern and now a museum. Its ceramic tile floors and high ceilings give the rooms an interesting acoustic quality. There are still two bank vaults intact and the rooms are filled with the town’s memorabilia. The Lincoln Highway Visitors Center is located in the west third of the building and has been refurbished; it contains a large amount of memorabilia, as well. There is also a basement, with its original dirt floor, which sits directly under the bank portion of the building. To the best of our knowledge, there have been no reports of any paranormal activity in the bank, visitor’s center, or basement.

Investigators encountered very little in the way of visual or audio phenomena. A number of anomalies were captured on various digital recorders; after analysis, four evps were culled from the recordings. Those evps contain what appear to be female vocalizations emanating from the bank area; they were not heard by investigators during the investigation.

Investigators returned one week later to investigate the unused second floor of the building. It is comprised of unused offices (in the area above the bank) and a large dance hall. Investigators reported hearing whispers several times which were captured on digital recorders. With the many windows to the east and south it was difficult to discern whether or not the flashing neon sign from the current bank across the street east was causing the motion on the dance hall floor. The high level of vehicle traffic could also have been an explanation for the perceived movement. Six evps of good quality were captured from the second night of the investigation.
~D.

Update: NP had the reveal of the investigation report Monday, March 4th 2013 to the Lincoln Highway Association Board of Directors.

From the October 20, 2012 investigation of the lower half of the Shelton Historical Society: 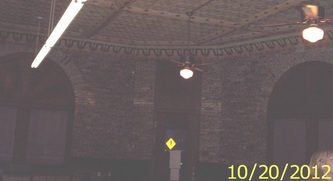 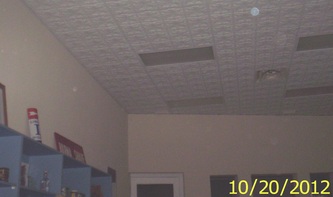 Here are evps captured in the upper levels of the Meisner Building/Shelton Historical Society on October 26, 2012.